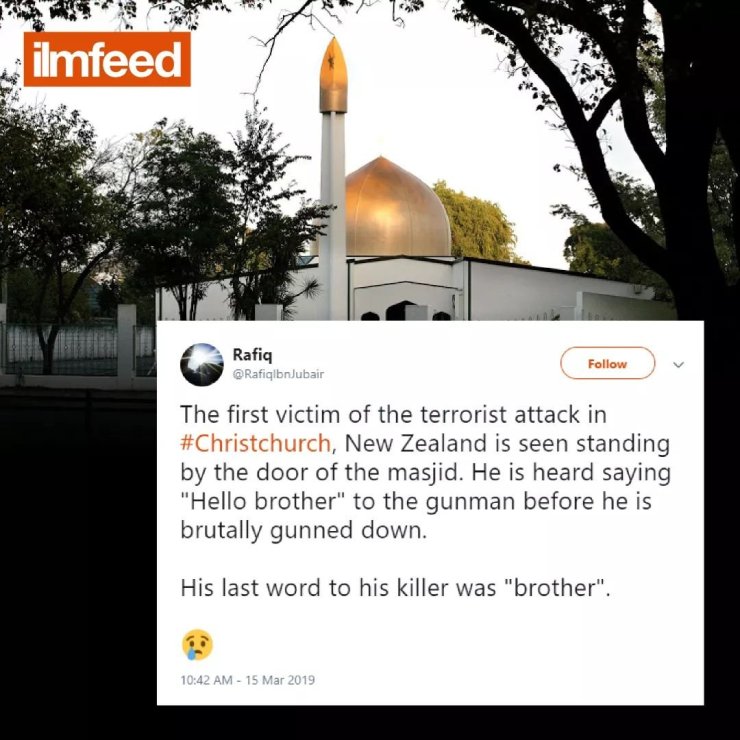 Why is there so much rage and hate in the world?! How many more times will I wake up to horrible news of mass murder? I am filled with gut wrenching outrage at how much racial hate harbors among st us.

What have we come to? We are living in a society where trust is tarnished and fear reigns! It’s awful!! We are turning on ourselves in the most heartbreaking ways.

I do everything in my personal power to enter a day with an open heart and bid it goodnight full of love. I have traveled to other countries and embraced their culture and religion and acted with respect…these things are not difficult things. Actually, they are common sense, but our world doesn’t seem to have much of that these days. Instead we have a world where this country thinks it’s better than that country. This religion thinks it’s speaks to the better higher power than everyone else’s. That political party believes it holds truth higher than all the others. Common sense would teach us different but we stopped listening! We stopped acting on common sense. We stopped respecting others.

It doesn’t matter where you go, there is so much division. Maybe if we stopped dividing ourselves in all aspects the hate would end??
That will never happen. We can dream it, wish it and work towards it all we want but we cannot end division. To end division there needs to be equality. In all forms. Everyone should work the same number of hours for the same number of dollars no matter what they do, what gender they are or where they come from.

The Almighty dollar is what has created division since day 1. Now the Almighty $ is used to buy off police, buy your kids into school, buy a judge so your crimes don’t count. Then what happens?!?! The rest of the world that doesn’t have those means feels inadequate. Less than. And why are those (not all) with money so privileged to think they have a separate set of rules?? It’s disgusting what money has helped people accomplish. There are people in very powerful positions all over the world that did NOT work their asses off to get there at all. They did not put their energy into studying their way through law or business school. Their path was paved to the top by $$. It is not fair.

We stopped being “the human race” a long time ago and that makes my heart hurt.

These are my thoughts today.